Last 2 weeks, my retro computer collection has been expanded quite much. It all began with my TRS80 Model 1 where I’ve met Kees Stravers who adviced me to join the CVML-mailinglist (and where I finally got a mailaddress from Rence). Back then he asked me if I could help to clean his garage and which in exchange I could take care of his few Tandy’s.

But before we go to that, beginning of June 2016 there was a Bonami Gaming fair in Eindhoven. I figured to go take a look for once where I found a bargain in a very yellow Atari 1040ST-F. On my way home I passed a carboot-sale where I got a Philips P3105 and a Schneider PC. So, within a few hours I suddenly owned 3 new computers.

A week passed and last Friday I went to Kees his house. His garage still needed some cleaning, but most things were already done and he saw the Tandy Model 4 which I could pick up and take care of it: 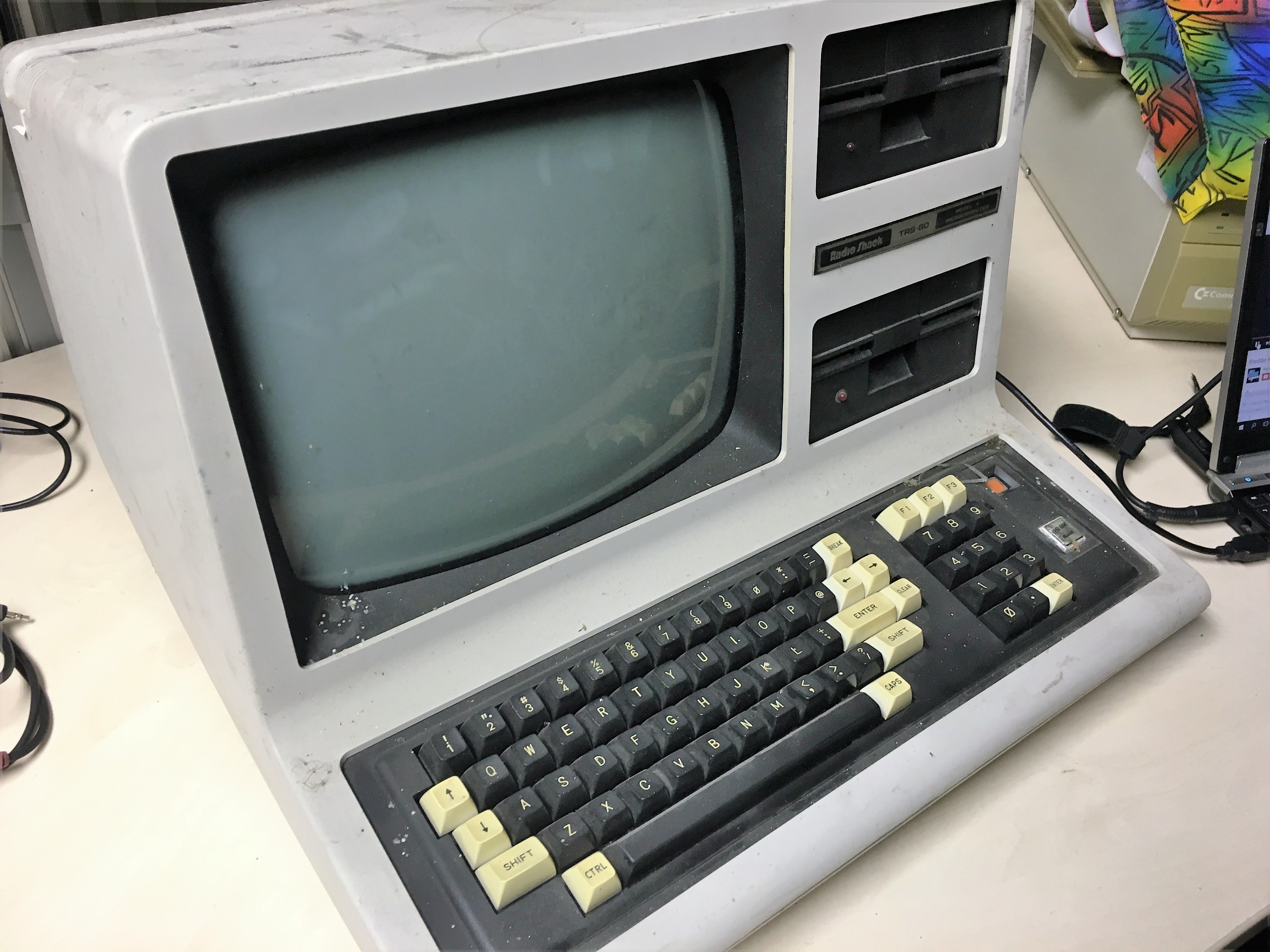 It definately needs some TLC. I haven’t turned it on just yet since I want to make sure I won’t let the white smoke come out of it.

Thank you very much Kees! Thank you for everything and let me know if I ever can repay this 🙂