The story began in Januari 2016 when I spotted a complete Tandy TRS80 Model 1 for sale, including a monitor and an Expansion Interface, for sale on the Internet. It seemed like a fair price, so I went over and picked it up at the old guy. This guy told me about that he used this machine way into the 90s and perhaps even in the 00’s, it looked good and I got a ton of documentation with it. He bought the machine himself in the USA back in 1978.

When I got home, I turned it on and saw a screen which didn’t look normal: 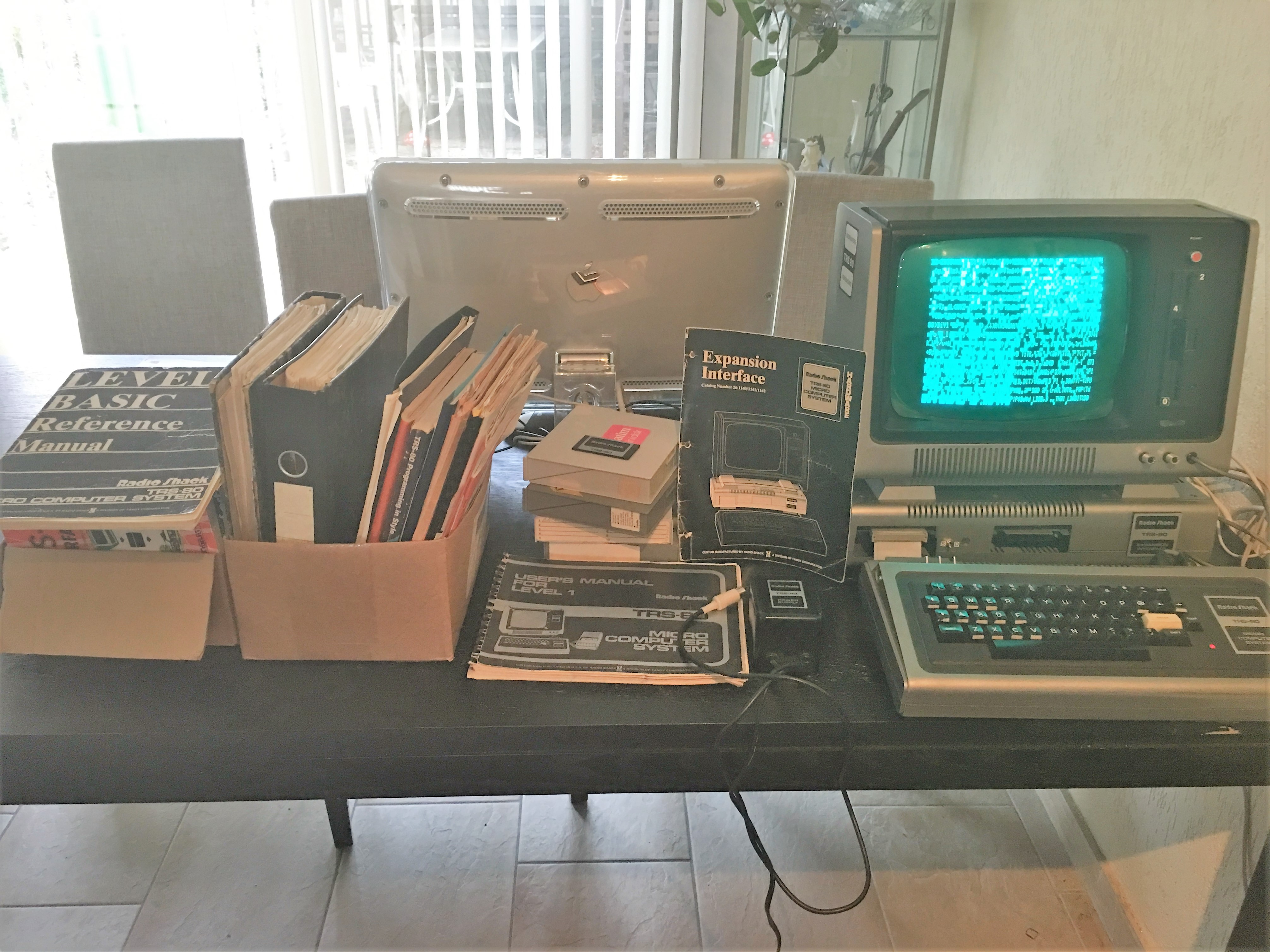 So, I contacted the seller and he adviced me to press the break key to get it booted, but no luck there. Nothing seemed to change, so I decided to open up the main computer and soon figured, this is way beyond my capabilities to repair: 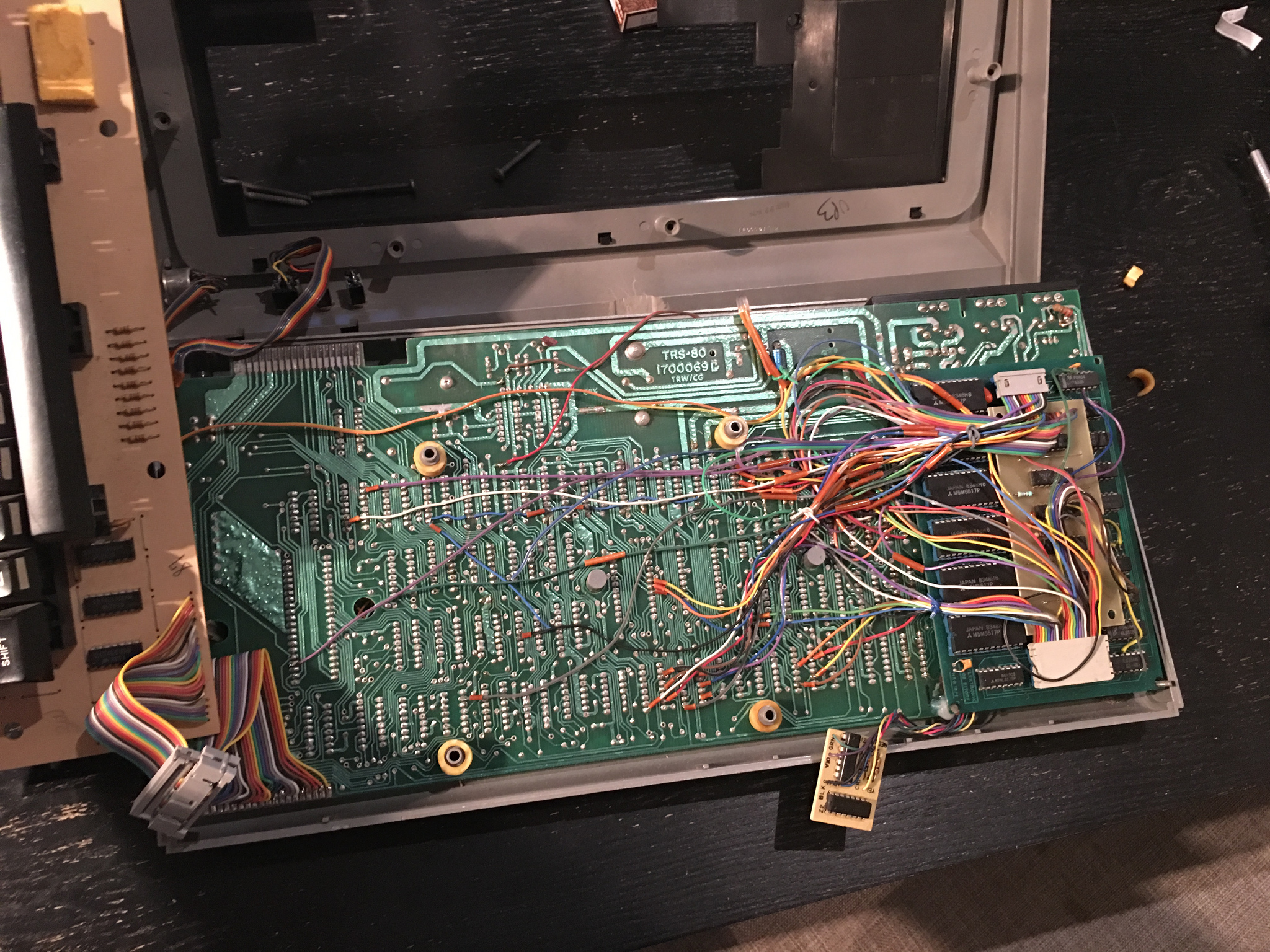 and the top didn’t look any better: 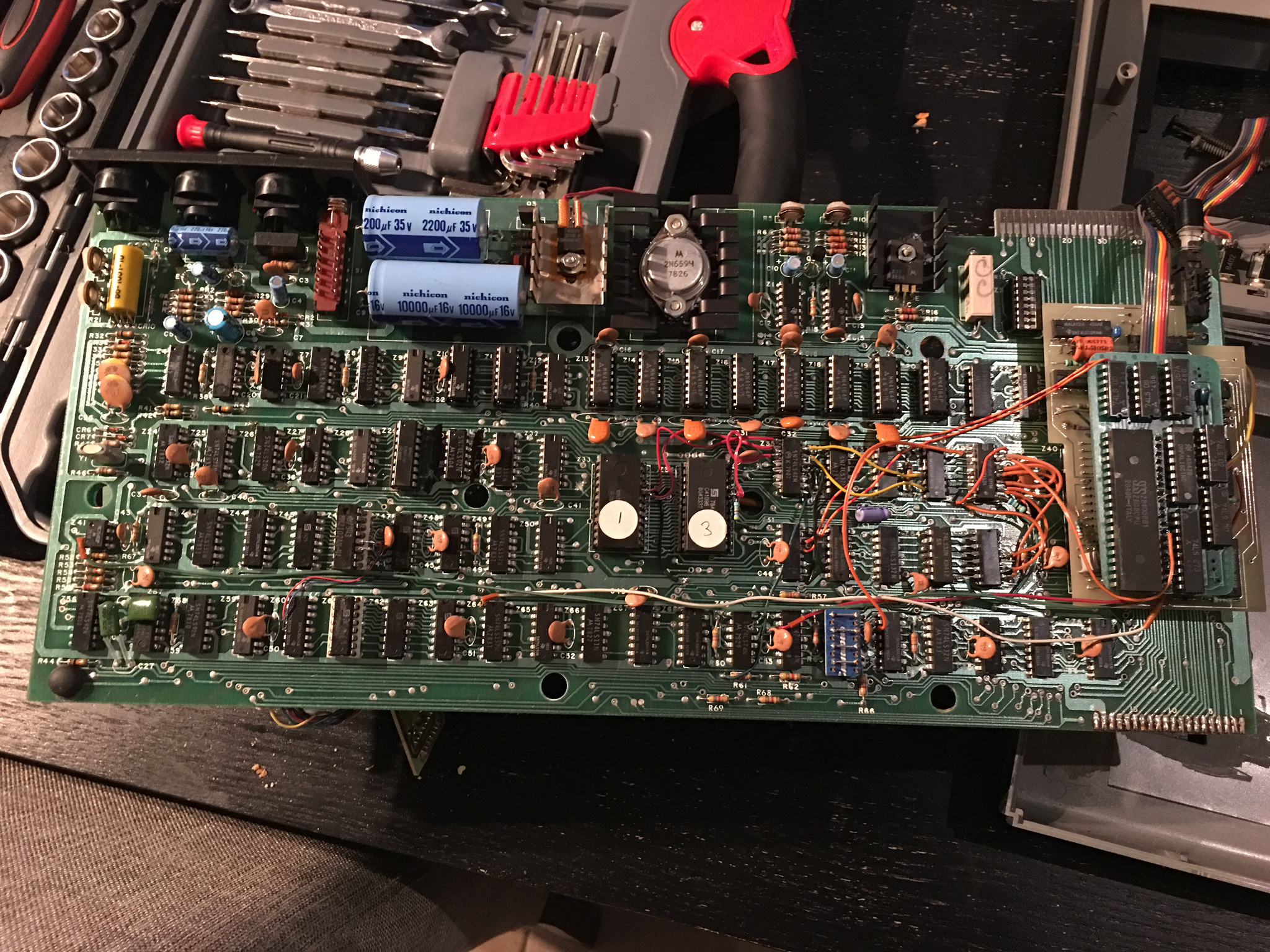 Using my connections (via Facebook to mailinglists to direct mail) I found my way into the TRS-80 Club of the Netherlands who were surprised by the number of modifications done on both this machine and the Expansion Interface. The original owner used to be member of this club even and some of the modification are designed by Rence Rozendaal who was kind enough to try to get this TRS-80 back up&running. He started working on it in early March 2016. Right now, it’s June 7th and next week’s Thursday I’ll get the Model 1 and Expansion Interface back after a very intense repair which I will put here as well. 8 IC’s inside the Tandy were broken and quite some rewiring had to be done, but the last picture I received was looking good: 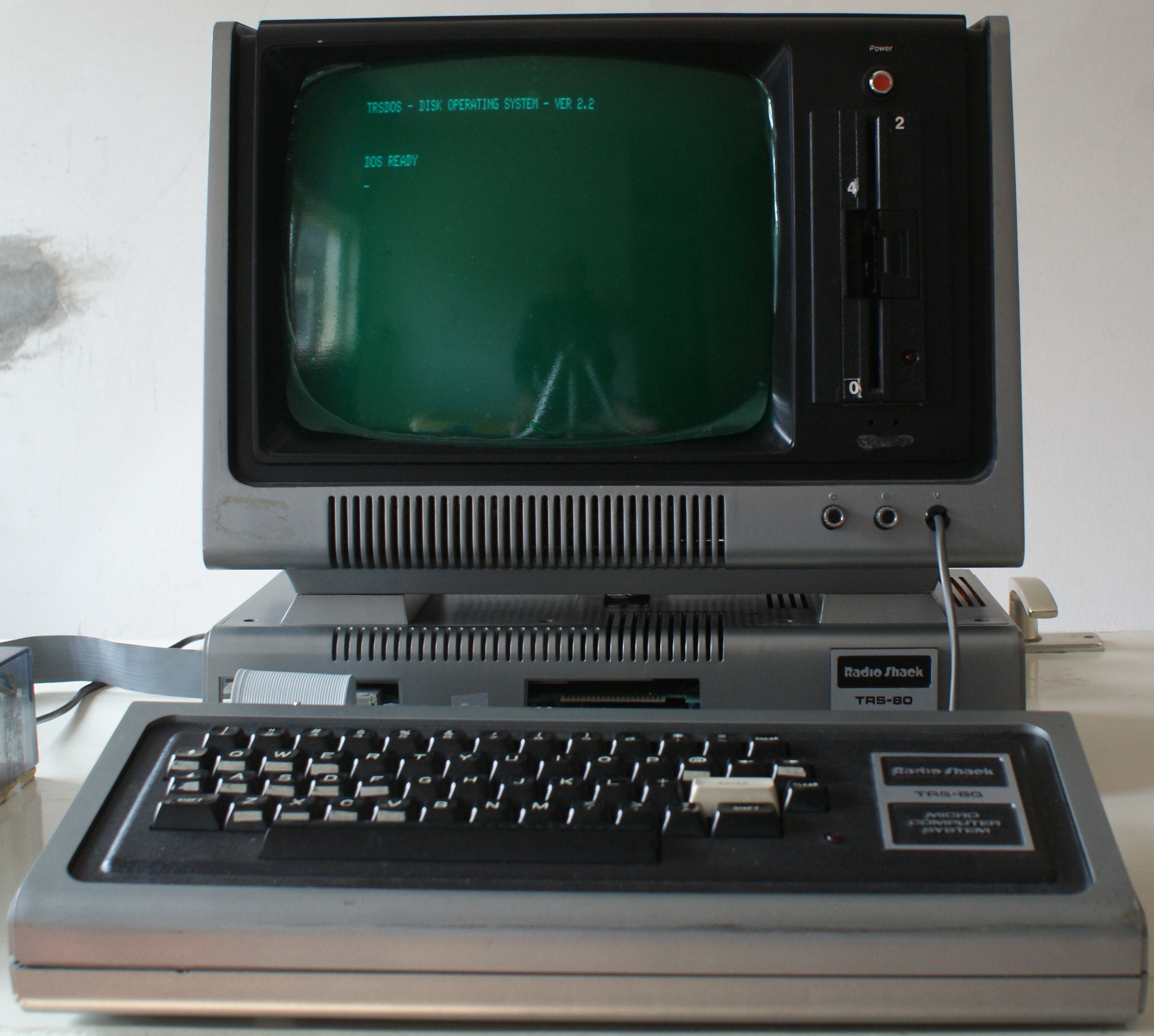 So, this 1978 made machine has returned to life, thanks to the knowledge, patience and will to help this ‘young’ bloke out to get this beautiful machine back to life.

Updates will come next week. Until then, these are roughly the specs: